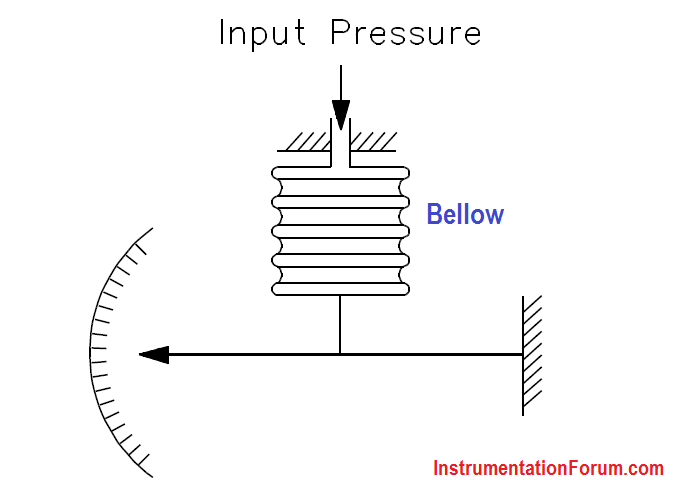 The flexibility of a metallic bellows is similar in character to that of a helical, coiled compression spring. Up to the elastic limit of the bellows, the relation between increments of load and deflection is linear. However, this relationship exists only when the bellows is under compression. It is necessary to construct the bellows such that all of the travel occurs on the compression side of the point of equilibrium. Therefore, in practice, the bellows must always be opposed by a spring, and the deflection characteristics will be the resulting force of the spring and bellows.