A gas flare, instead called a flare stack, could be a gas combustion device utilized in industrial plants like oil refineries, chemical plants, and gas process plants likewise as at oil or gas production sites having oil wells, gas wells, offshore oil and gas rigs and landfills. In industrial plants, flare stacks is a primarily used for burning off combustible gas discharged by pressure relief valves throughout unplanned over-pressuring of plant equipment. Throughout plant or partial plant startups and shutdowns, flare stacks also are typically used for the planned combustion of gases over comparatively short periods. 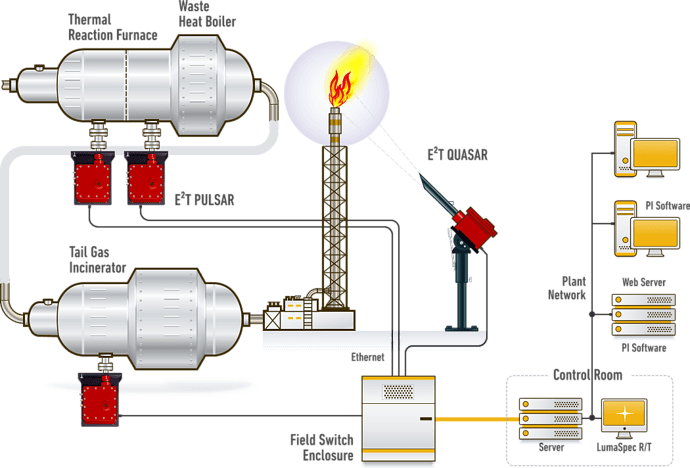 Gas flaring at several oil and gas production sites protects against the risks of over-pressuring Process equipment. an example of the results of failure to flare escaping gas was evident within the Bhopal disaster once a flare tower was broken and could not flare escaping methyl isocyanides gas (MIC) (The gas had been in an over pressured tank and discharged by safety relief valve), that resulted in its release into the surrounding environment. When petroleum fossil oil is extracted and created from oil wells, raw gas related to the oil is dropped at the surface likewise. Particularly in areas of the planet lacking pipelines and different gas transportation infrastructure, huge amounts of such associated gas are usually flaring as waste or unusable gas.

flare-tips-animation4.jpg400×550 41.4 KB
The flaring of associated gas could occur at the highest of a vertical flare stack (as within the adjacent photo) or it should occur in a ground-level flare in a ground pit. Preferably, associated gas is re-injected into the reservoir, which saves it for future use whereas maintaining higher well pressure and petroleum producibility.
2 Likes