• Not suitable for regulating flow except in some specialized ball valves
• Tight shut-off
• Low pressure drop when open
• Used for gas, liquids or slurries

• Not suitable for flow regulation, only suitable for on or off
• Tight shut-off
• Low pressure drop when open 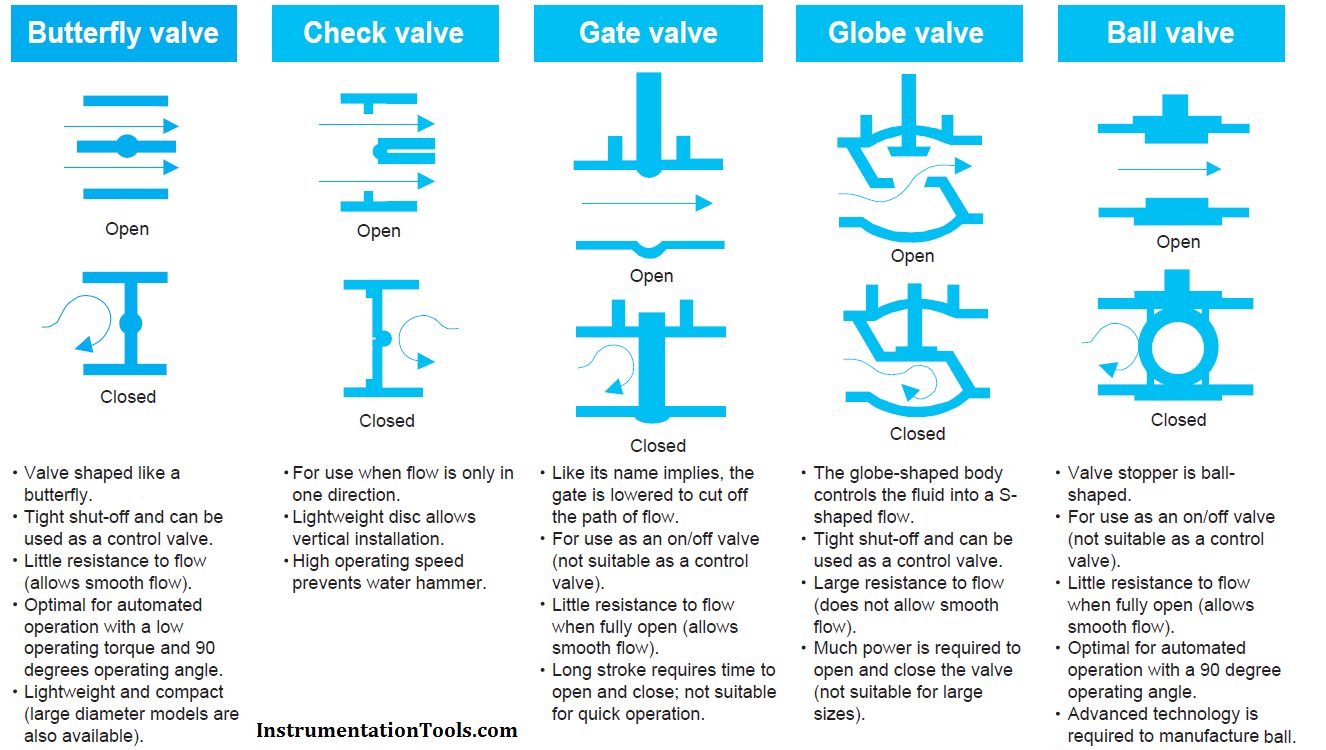 Fundamentals of Valves and their Types | Instrumentation Tools

Valves are mechanical devices. They are basic elements with which the flow of fluids and pressure within a system can be regulated. 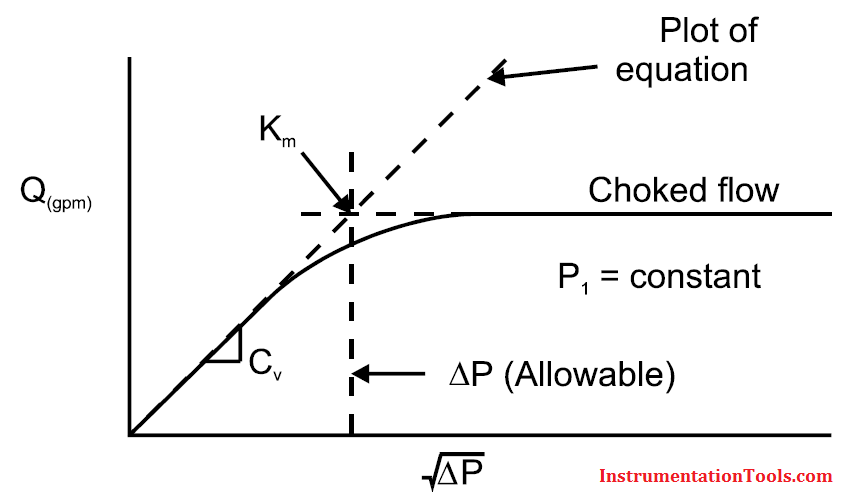 Control Valve Flashing is the first stage of cavitation. However, it is possible for flashing to occur by itself without cavitation occurring.

Valves regulate fluid flow and isolate equipment. They are normally flanged to allow easy replacement and insertion of blanks or caps. However, valves can also be welded into a piping system.

The location of valves can be found by studying piping and instrument diagrams (P&IDs) and the physical placement by on-site review. Valve types include:

Operate by aligning an orifice in a sphere with a pipe to allow fluid flow; rotating the sphere 90 degrees blocks the flow. Ball valves are used as on/off devices as they are not suited to regulate flow.

Operate by raising or lowering a vertical valve disk or gate in the path of fluid flow.

Separate pumps, compressors and other equipment from the pipelines; generally a manual gate valve.

Separate one item of equipment from another and seals against liquid flow.

Separate one item of equipment from another during fire or other emergencies. These are usually arranged as fail safe emergency block valves (FSEBV).

Isolate units; generally located at the end of pipe racks and at ground level. Also known as battery limit valves.

Fail in a fully opened or fully closed position upon loss of power. The correct fail-safe position must be determined by process hazard evaluation. There are two types:

Ball valves that close within 1 to 1.5 sec per in. of valve diameter; and seals in both the up and down stream directions. Same as block or zone valves, except that they fail closed, seal the equipment, operate under elevated temperature and are interlocked to the critical alarms associated with that unit.

Standard valves without flanges. Held in place by rods or long bolts placed between the pipe flanges.

Listed by a nationally recognized testing laboratory as being capable of retaining liquid or gas without leaking even though subjected to a hydrocarbon exposure fire.

Allow fluid flow in only one direction.

Close automatically if fluid flow rates exceed a critical value. The critical flow rate of excess flow valves depend upon the physical characteristics of the fluids as well as flow rates.