Valve positioner is a control device designed to impart sensitivity to the valve and to ensure accurate positioning as dictated by a control signal.

It receives an electronic or pneumatic signal from a controller and compares that signal to the actuator’s position.

If the signal and the actuator position differ, the positioner sends the necessary power—usually through compressed air—to move the actuator until the correct position is reached.

Some positioners incorporate an electro-pneumatic converter so that an electrical input (typically 4 to 20 mA) can be used to control a pneumatic valve. 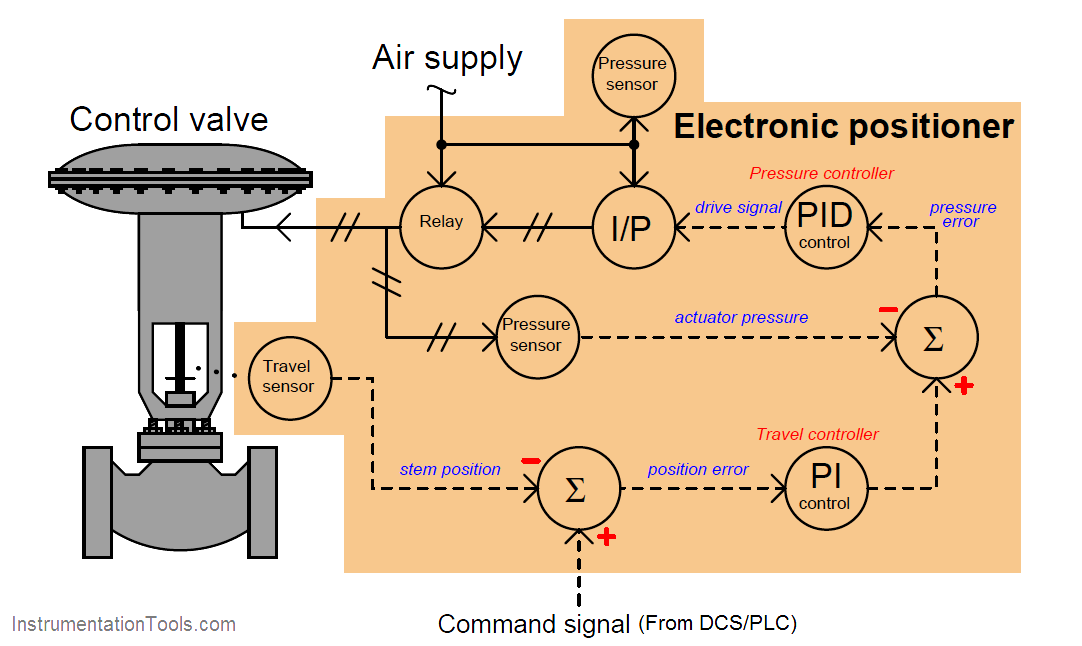 A positioner should be considered in the following circumstances:

• When accurate valve positioning is required;

• To speed up the valve response. The positioner uses higher pressure and greater air flow to adjust the valve position;

• To increase the pressure that a particular actuator and valve can close against. (To act as an amplifier);

• To linearize a non-linear actuator;

• Where varying differential pressures within the fluid would cause the plug position to vary;

• When controlling with wide throttling range; and

• When valves are handling sludge or solids in suspension.

Furnish positioners for all control valves in critical service and where the variable, such as flow, has to be closely controlled. Specify that the positioner be furnished with the control valve or damper instead of separate procurement. Control Valve Positioner is a device designed to actively compare valve stem position against the control signal, adjusting pressure to the actuator.