Voltammetry is a category of electroanalytical methods used in analytical chemistry and various industrial processes. In voltammetry, information about an analyte is obtained by measuring the current as the potential is varied. The analytical data for a voltammetric experiment comes in the form of a voltammagram which plots the current produced by the analyte versus the potential of the working electrode.

Potential as a function of time for anodic stripping voltammetry 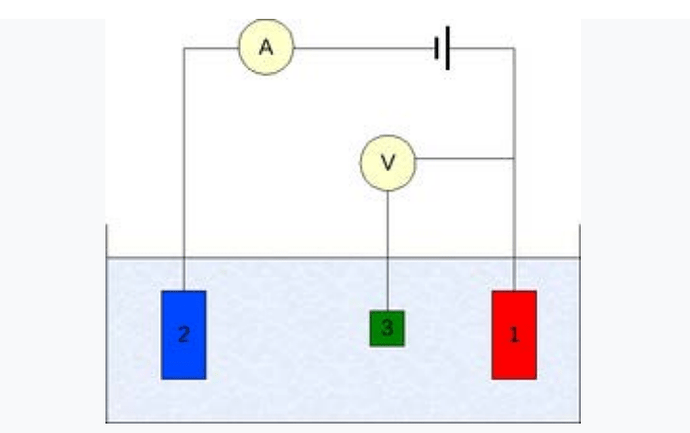 Voltammetry experiments investigate the half-cell reactivity of an analyze. Voltammetry is the study of current as a function of applied potential.

These curves I = f(E) are called voltammograms. The potential is varied arbitrarily either step by step or continuously, and the actual current value is measured as the dependent variable. Most experiments control the potential (volts) of an electrode in contact with the analyse while measuring the resulting current (amperes).

To conduct such an experiment one requires at least two electrodes. The working electrode, which makes contact with the analyse, must apply the desired potential in a controlled way and facilitate the transfer of charge to and from the analyse. A second electrode acts as the other half of the cell.

Most significantly, it is extremely difficult for an electrode to maintain a constant potential while passing current to counter redox events at the working electrode. bulk electrolyte, but the added resistance greatly reduces the accuracy of the results. With room temperature ionic liquids, the solvent can act as the electrolyte.