What is a Light sensor?

A light sensor is a device that is used to detect light. There are different types of light sensors such as photocell/photoresistor and photo diodes being used in manufacturing and other industrial applications.

Photoresistor is also called as light dependent resistor (LDR). It has a resistor whose resistance decreases with increasing incident light intensity. It is made of a high resistance semiconductor material, cadmium sulfide (CdS).

The resistance of a CdS photoresistor varies inversely to the amount of light incident upon it. Photoresistor follows the principle of photoconductivity which results from the generation of mobile carriers when photons are absorbed by the semiconductor material. 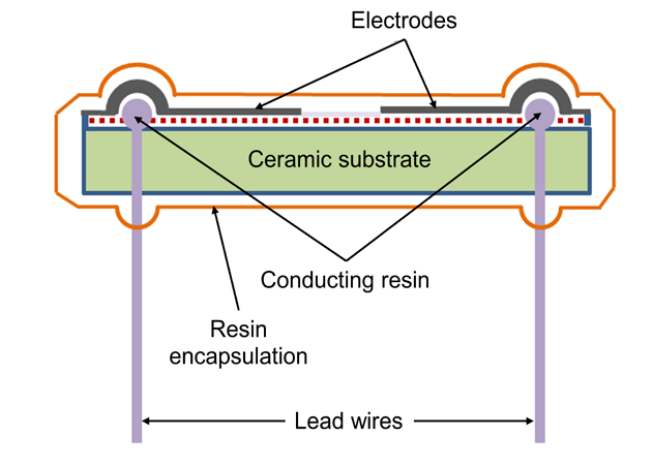 Figure shows the construction of a photo resistor. The CdS resistor coil is mounted on a ceramic substrate. This assembly is encapsulated by a resin material. The sensitive coil electrodes are connected to the control system though lead wires.

On incidence of high intensity light on the electrodes, the resistance of resistor coil decreases which will be used further to generate the appropriate signal by the microprocessor via lead wires.

Photoresistors are used in science and in almost any branch of industry for control, safety, amusement, sound reproduction, inspection and measurement.