What is a valve positioner? How does it work?

Valve Positioner is a unit used on a control valve to keep the valve in position. It works as a booster relay with a valve stroke feed back.

In case the require stroke length isnt achieved, then the positioner either increases or decreases its output until the valve achieves the desired stroke length.

This situation may occur when there is a great change in the process pressure, gland is too tight…etc.

For many applications, the 0.2 to 1 bar pressure in the diaphragm chamber may not be enough to cope with friction and high differential pressures. A higher control pressure and stronger springs could be used, but the practical solution is to use a positioner.

This is an additional item (see Figure), which is usually fitted to the yoke or pillars of the actuator, and it is linked to the spindle of the actuator by a feedback arm in order to monitor the valve position. It requires its own higher-pressure air supply, which it uses to position the valve. 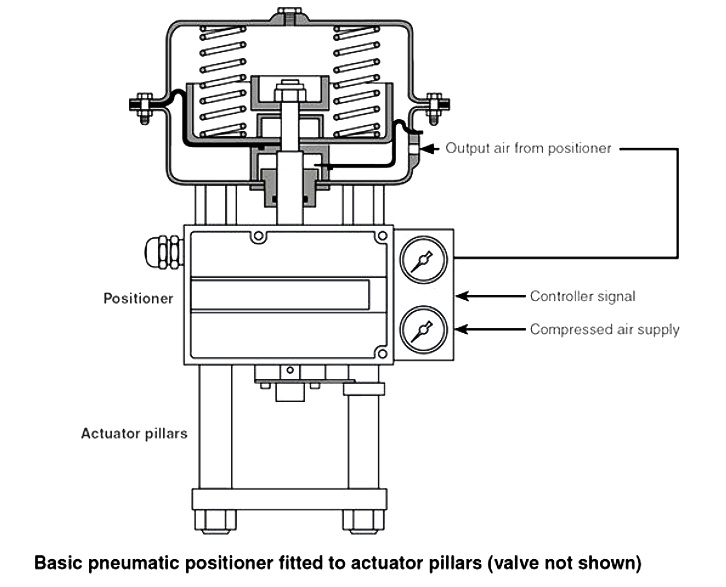 Mechanical Valve Positioner is force balance device which, ensure the position of the plug, which is directly proportional to the controller output pressure.

The Positioner compares the forces generated by the control signal and the control valve stem through the motion connector and the feed back cam, and accordingly it feeds or bleeds the air going to the valve actuator. 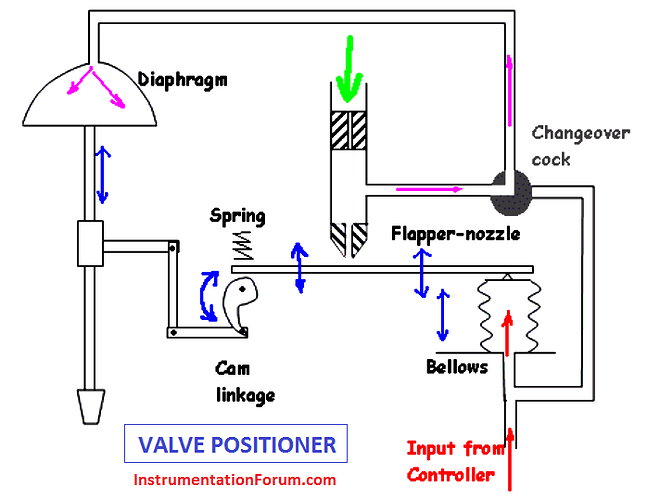 The instrument air signal is applied to the signal diaphragm. An increase in signal will drive the diaphragm and flapper-connecting stem to the right.

The flapper-connecting stem will then open the supply flapper admitting supply pressure into the output which is connected to the actuator diaphragm. The exhaust flapper remains closed when the flapper connecting stem is deflected to right.

This clockwise rotation of the lever results in a compression of range spring through cam. When the valve stem reaches the position called for by the controller, the compression in the range spring will give a balance force resulting the closure of both the flapper.

If the control signal is decreased, the force exerted by the signal diaphragm will also decrease and the force from the range spring will push the flapper-connecting stem to the left, opening the exhaust flapper. This causes a decrease actuator diaphragm pressure and allows the valve stem to move upward until a new force balance is established.

Electric valve positioners receive electric (usually 4-20 mA) signals. They perform the same function as pneumatic positioners do (supplies the valve actuator with the correct air pressure to move the valve to the required position.), but use electricity instead of air pressure as an input signal. There are three electric actuation types: single-phase and three-phase alternating current (AC), and direct current (DC) voltage. 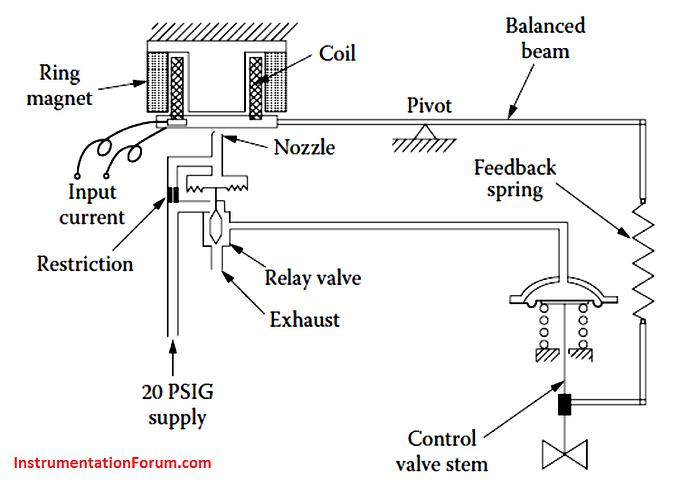 A positioner ensures that there is a linear relationship between the signal input pressure from the control system and the position of the control valve. This means that for a given input signal, the valve will always attempt to maintain the same position regardless of changes in valve differential pressure, stem friction, diaphragm hysteresis and so on.

Some positioners incorporate an electropneumatic converter so that an electrical input (typically 4 - 20 mA) can be used to control a pneumatic valve. 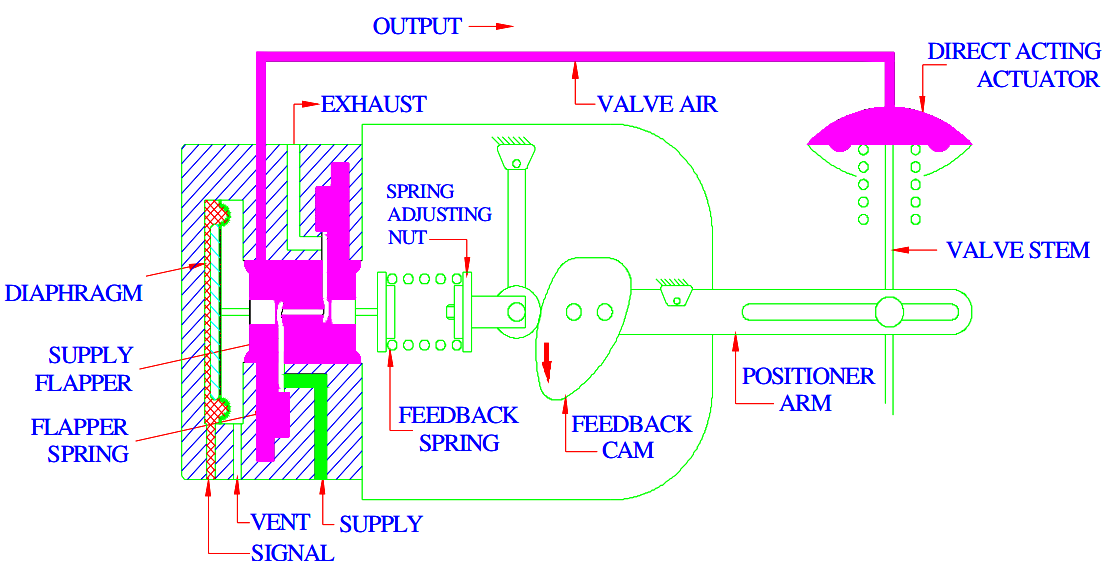