What you don’t know about Steam Boiler Drum Level Control Boiler Swelling & Shrinking Effect
The downstream process controls steam flow from the boiler. A sudden increase or decrease in demand for steam flow will change the pressure in the steam drum and boiler piping. The change in drum pressure will cause a change in both the density and boiling point of the steam and water. 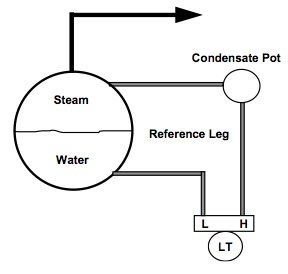 The sudden steam demand increase, the steam bubbles expand under the water surface, increasing the density and boiling point of steam and water. Hence causes an increase in steam drum level even without the top-up of feedwater. This increase in water level proportional to an increased steam flow rate and decreased drum pressure is called Swelling Effect
On the other way, as the steam load decreases, the steam bubbles in the steam and water mixture decrease in density. Hence causes a decrease in drum level, while the mass of water and steam has not changed. This is called Shrinking Effect
These unstable pressure changes result in the same swell and shrink reactions, making control of the steam drum level extremely difficult.