The connection includes connecting the server to the switches which are connected to PLCs with a Cat5e Internet cable, and connecting I/O cards to field devices using 22 gauge wires, as indicated in Figure 8.

The DelatV system has primary and redundant networks.

Figure 8 shows the wiring. The wiring from I/O cards to the field devices are connected through terminals in the DeltaV cabinet and DCS cabinet, as shown in Figure 8.

I/O cards communicate with CPU through carriers which hold all the I/O cards. Meanwhile, all the I/O cards need to be wired to the field devices in order to communicate with field devices. AI card wiring All the process variables, such as pressure, level, flow, temperature, are sent to the PLC in the format of 4-20 mA through analog input (AI) cards. Because the 4-20 mA analog input signals have power source, 4-wire AI cards are used to isolate the power source in the AI cards to prevent th…

All signals, their terminal numbers in DeltaV cabinet and DCS cabinet, their cable number, position in I/O cards, and their signal types are listed in the appendix A. 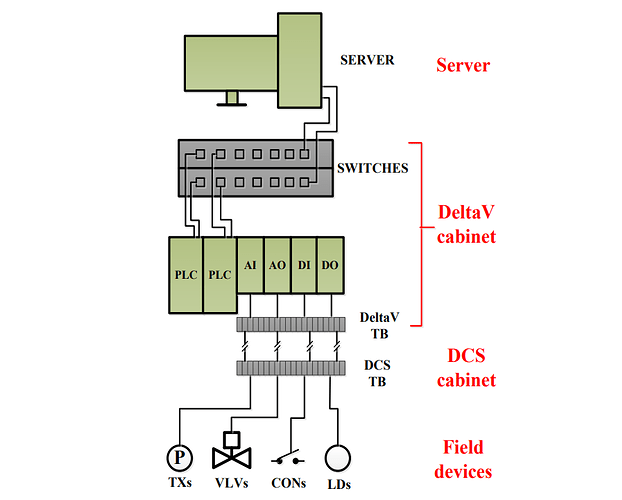 The actual devices corresponding to the system indicated in Figure 8 are shown in Figure 9 to 12. Figure 9 indicates the server and the screen.

Figure 12 shows all filed devices including control valves and transmitters. 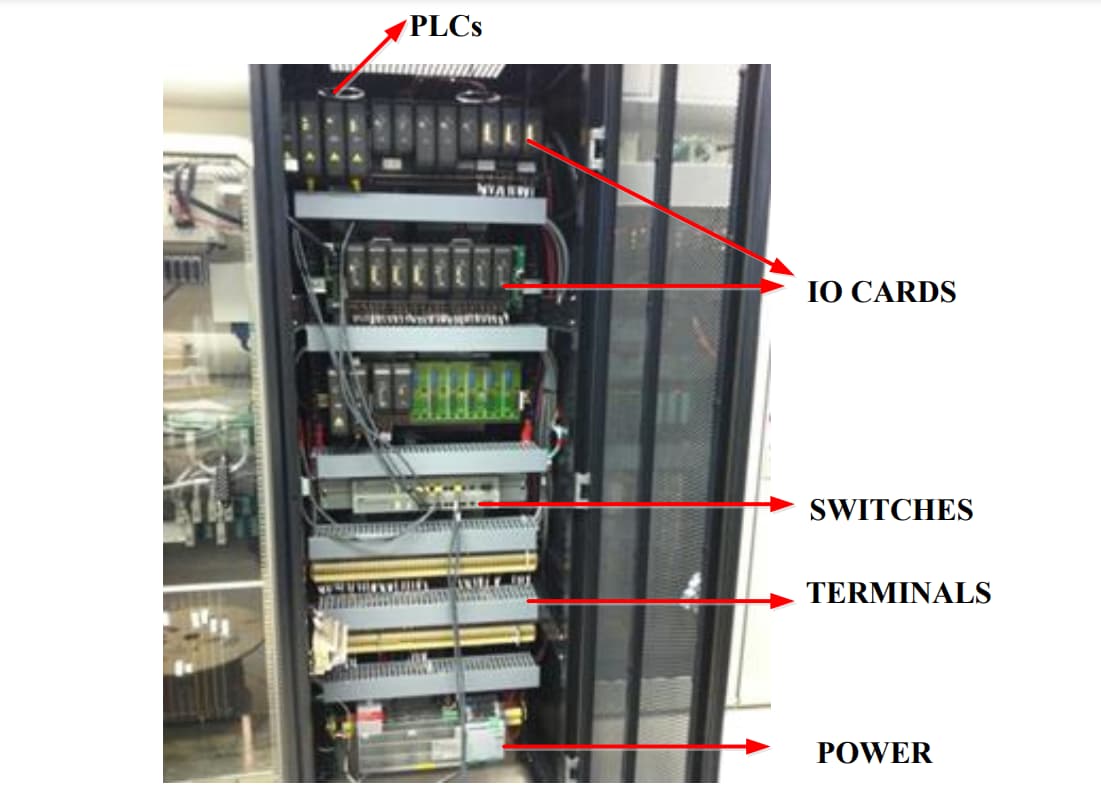 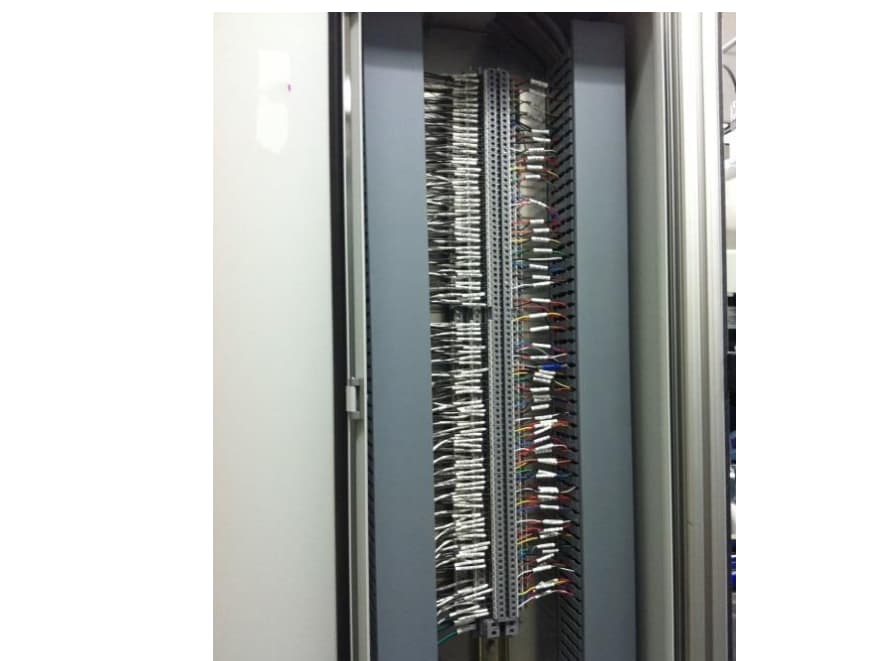